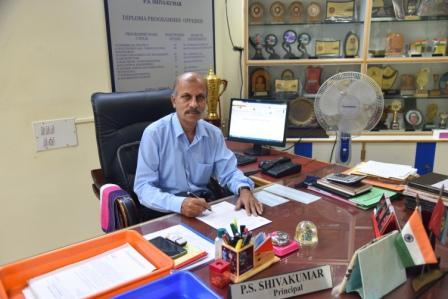 JSS Polytechnic was established in the year 1980 and the institution is located in a sprawling campus of 55 acres at Manasagangothri, Mysore. The Polytechnic is governed by the Grant-In - Aid rules of Government of Karnataka and is under the purview of Directorate of Technical Education, Government of Karnataka.
The Polytechnic is in the premises of the JSS Technical Institutions Campus and has a commendable infrastructure supported with full fledged staff, state-of-the-art laboratory and library.  The Institution was started with Two courses in the year 1980 and now has Eight courses with a total strength of 887 students. The Institution was admitted to Grant-in-Aid status in 1983 and is receiving grants from Government since then.

In addition to imparting diploma education, non-formal training programs are being organized, which are sponsored by Government of India/ World Bank/ State Government/ Community Development Through Polytechnic Schemes.

The Institution has a sanctioned intake of 410 students. An adorable number of successful outgoing students are well placed in different Central/State Government Departments, MultiNational Companies, Public/Private Sector Industries, etc., and many are pursuing higher education in reputed colleges. Academic excellence achieved by our Polytechnic has made it as one of the most sought after Institutions in Karnataka.